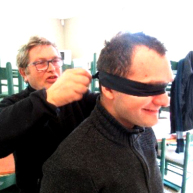 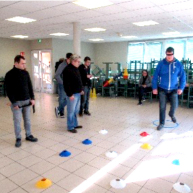 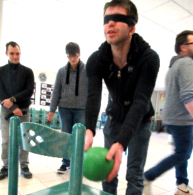 The French partners composed a group of 3 staff members and 8 clients. After skills were identified for team ability, they decided to play a game "the minefield game" with teams of 2 people composed of 1 guide and 1 blindfolded person. The idea was to perform the skills identified in a game with a small team.

The blind folded participant orientates themselves throughout the room with the guidance of their team, avoiding certain objects or locating them and bringing them somewhere else.

After evaluating the game, especially the difficulties they met, the clients and the staff noted that the skills in the game could be similar to situations at work. 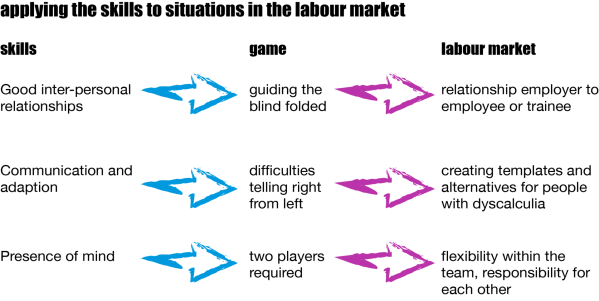