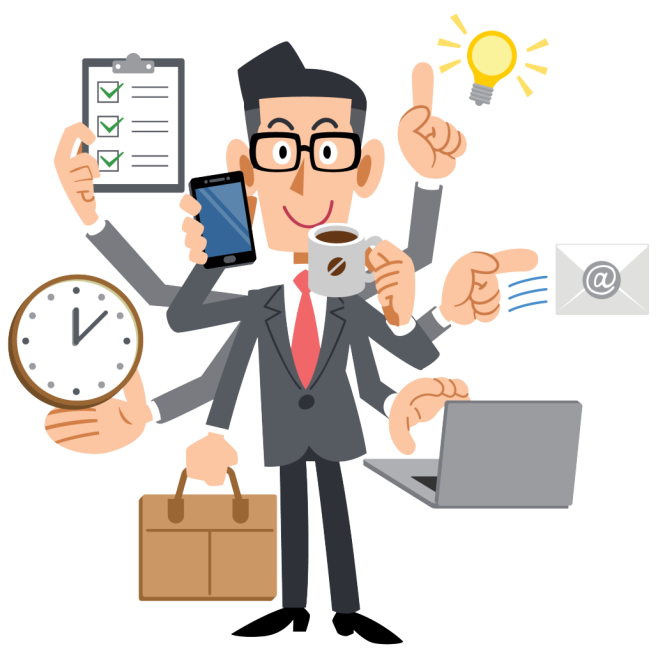 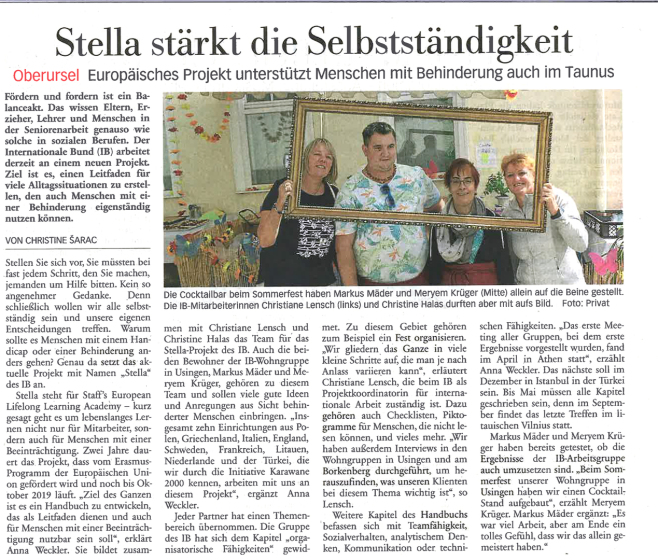 Developing a project and putting it into action is always a balancing act, as any parent, educator, teacher, nurse or social worker would confirm. The International Bund (IB) is currently working on a new project. The goal of this project is to create a guide book for conquering every day barriers, so as to enable independent living for people with disabilities.

Imagine having to ask for help nearly every step of the way, every day. It's not such a pleasant thought. Because at the end of the day, we all want to be independent and able to make our own decisions. Why should people with a handicap or disability feel any different? That's what the new IB project titled STELLA is aiming to achieve.

STELLA stands for Staff's European Lifelong Learning Academy- in short, it's all about lifelong learning opportunities not only for members of the caring staff but also for people with impairments. The project will run for two years until October 2019 and is co-funded by the Erasmus-Programme of the European Union.

The goal is to develop a handbook which will serve as a guideline for staff members as well as being accessible and useful to the clients, the people with disabilities or impairments, as Anna Weckler explains.

Weckler along with Christiane Lensch and Christine Halas form the IB organizational team who manage the Stella project. Also part of the team are Markus Mäder and Meryem Krüger, residents of the IB independent living community project in Usingen, who offer many good ideas and proposals from the viewpoint of a person with disabilities.

In total there are are ten partner organizations from Poland, Greece, Italy, England, Sweden, France, Lithuania, the Netherlands and Turkey, working ion this project together, having become well acquainted during their work together as Karawane 2000 (Caravan 2000 Federation), Weckler adds.

Each partner organization assumed a subject area to work and focus on. The IB team have applied themselves to the chapter 'Organizational Skills'. This includes autonomously organizing a party, for example.

We subdivide each process into manageable steps which can be variegated depending on the event in question, explains Christiane Lensch, who is the project coordinator for international project management at the IB. The work uses check lists and pictograms for illiterate participants and many other tools. We have also conducted interviews with residents from the independent living communities in Usingen and Borkenberg, in order to find out what the priorities are for our clients regarding this subject, Lensch continues.

The first transnational meeting, in which all groups were able to meet up and exchange work results took place this April in Athens, Weckler says. The next meeting will take place this December in Istanbul, Turkey. By May next year all the chapters have to be written as the final meeting will be taking place in Vilnius, Lithuania in September 2019.

The two residents Mäder and Krüger have already probed whether the primary work results of the IB work group are indeed transferable skills. At the Summer Festival of our living community in Usingen, we set up a cocktail stand, Krüger explains, it was a lot of work [to organize] but it was a great feeling, knowing that we managed it by ourselves, continues Mäder.

Our purpose is to create a handbook for people with special needs, who have a strong desire to live independently, to learn how to sustain professional skills and to become useful parts of their country’s workforce. Our two teams in Athens, with the valuable support of the nstitutions Estia & Alma, are particularly focused on educating their members on two important aspects of the project; communication and organizational skills...more

FEEDBACK / REACTIONS / CONCLUSIONS TO THE METHODS:

The work by Kara Bobowski for both Organizational and Technical Skills (chap. 1 and 6) is based on the following conceptual scheme 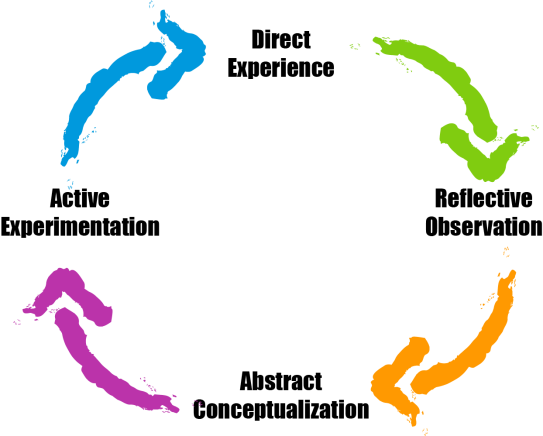 The method chosen was group discussion, as the participants did not feel comfortable with an interview situation.

Everybody could contribute their ideas, fewer impulses from the staff were needed. The preparation, realization and postliminary work of a birthday party were planned in detailed steps and to-do lists were made.

The methods of choice were group discussions and games. For example, the group sat in a round, a ball of wool was passed from one team member to another. Everyone had to name an individual skill upon receiving the ball, forming a web between the team members. Skills and potentials were defined and the tasks were distributed connected to the respective skills.

The feelings the participants had before, during and after the event were expressed using visual aids, wooden boards with the participants' photos and emoticons to show their feelings during the project.

The methods practiced were brainstorming, group discussion and role plays – in each of the different exercises, the strengths and weaknesses were defined by the group members.

The most effective method was the role play, easy for people to go into the details and contribute their ideas - One of the most important questions was regarding Team work - What is necessary to be a team?

The event of choice was preparing two birthdays. Not all the participants knew each other before meeting in the working groups, the concept was similar to the German one.

Pictures from magazines and the internet to represent the tasks are chosen and printed on cards, along with a photo of the responsible person. At the end, there were many cards, they were pinned on the wall and put into a timeline – before, during and after the party. The whole project was presented by pictograms, as there are non-readers in the project. The aim was to use as few words as possible.

The idea is to create a To-Do-List from all these cards, as the pin wall was not a useful tool in this instance. The next step will be the realization of a birthday party using these tools.

Role plays or role changes were not used. At the beginning of the process we did brainstorming  exercises with many ideas. The selection was made by election. The role of the staff was to limit the level of input at some points and at others to give hints towrads missing input.

The plan developed aims to empower PWD (a person with a disability) to organize an event which is usually organized for them. The first step is organizing a smaller event, a birthday party, for example. In the second step, organizing a bigger event, such as a workshop, where PWDs teach other PWDs to produce a crafted object, such as pompons, mosaic or origami, for example, as well as providing the catering for this event is the target.

The skills needed to match all the necessary preconditions for the organization of such an event are:

The methods used by the team shall be group discussion/ brainstorming, visualization of steps/activities and workgroup (photos of participants) and role plays/interviews. A timetable and checklist were composed to determine dates for the future meetings, the goals that are to be achieved in accordance with the deadlines set within the project.

When organizing an event, ask yourself these questions: 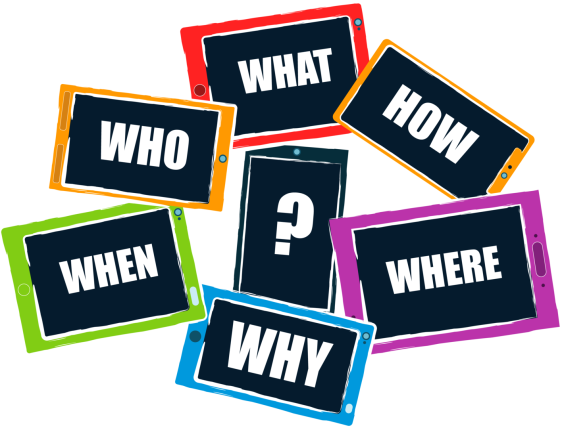 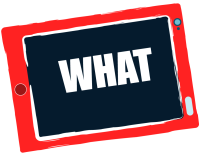 What kind of event do we want to organize?

What do we need for it?

Our event was the presentation of the calendar 2018. The five PWDs (the STELLA group) decided to celebrate the 15 year anniversary of their educative working centre “La Coccinella” (they prepared the calendar between summer and autumn 2017. We chose this event because making the calendar was their idea and they felt very involved in this activity.

Together with our PWDs, we decided to organize the calendar presentation in conjunction with the usual Christmas meeting of our cooperative, where staff, volunteers and PWDs exchange Christmas greetings. 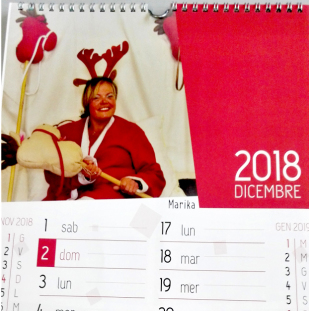 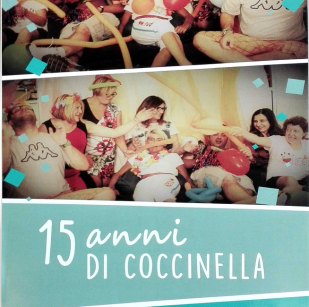 Levels of organization | organizing of

For more information and feedback to the methods go to C1.1 Skills and Methods 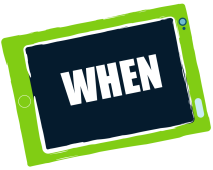 When should the event take place? 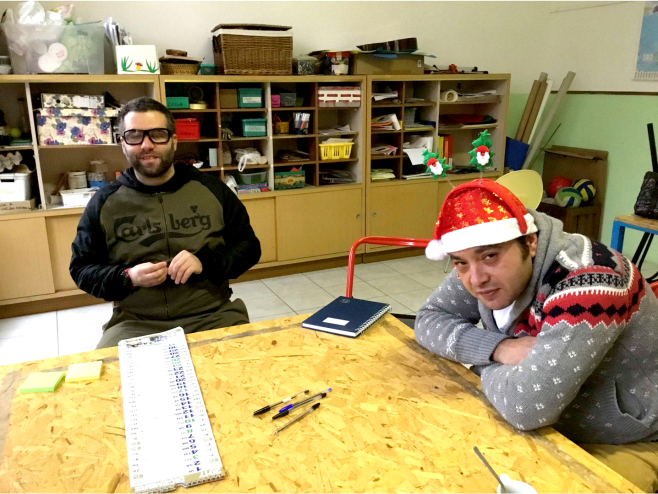 Finding a date that is good for you, your team and colleagues but also maybe for your guests. 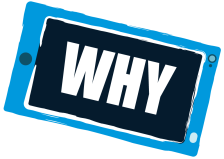 Why are we doing this?

To empower PWDs in organizing events that are usually organized for them, allowing for the skills to be acquired for organizing bigger events further on in the project. And to enjoy a happy event together with our clients, friends and colleagues, of course. 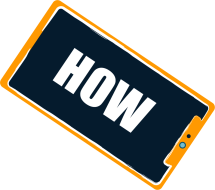 How do we work together?

By strengthening team spirit, holding group discussions and visualizing 'who does what and when' on the note board. 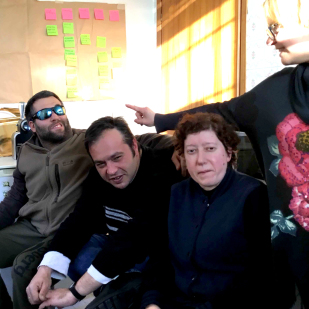 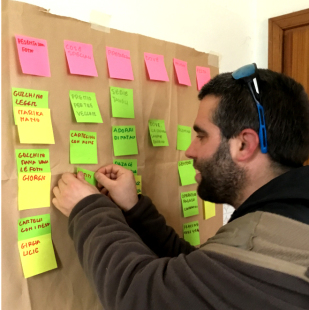 Using a calendar to plan the stages of the organization and setting the date. Through evaluating our feelings and our work in interactive feedback sessions and reflecting on our individual skills. And evaluating strong and weak points. 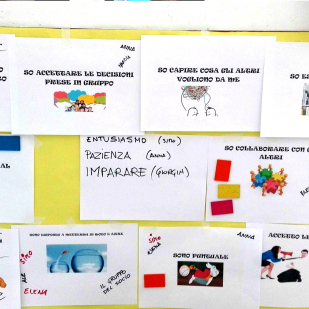 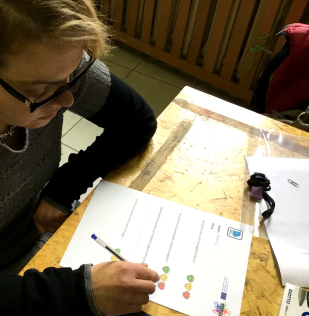 Who is responsible for the organization? 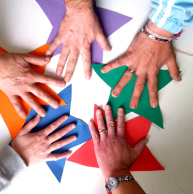 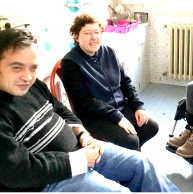 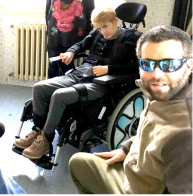 The practical exercises include things like going to the supermarket, preparing food, transporting the necessary items, using the pc to show the photos of the calendar at the presentation, for example. 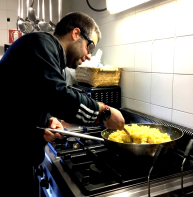 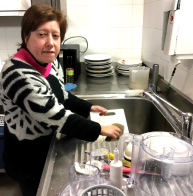 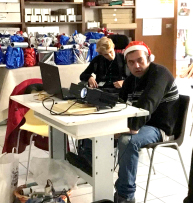 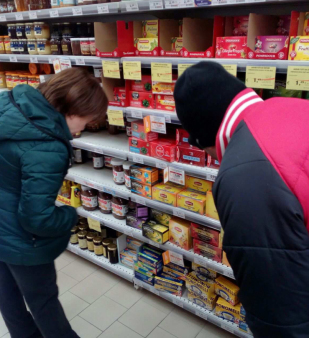 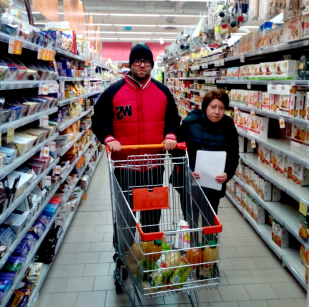 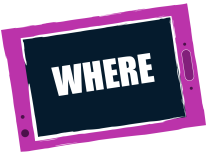 Where will the event take place?

At our education centre La Coccinella, "The Ladybug" 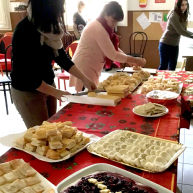 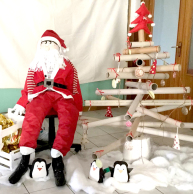 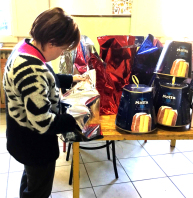 The event was a success and the PWDs were proud of the party they organized and that
their calendar was very well received by the guests. The PWDs were very involved in the activities partly because it was something apart from their usual routine.

We met a month in advance to evaluate the organizational process and to start activities such as reflecting and discussing aspects such as the skills and abilities they have and use at work and in their daily life, as well as the necessary steps and skills required to organize an event.

We will treasure what we have put into practice and learned through this first event and look forward to sharing it with our partners during the meeting in Athens in order to organize our second, bigger event in June.