my train to Equality, Education and Europe 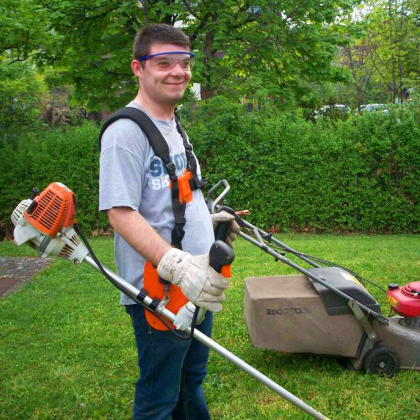 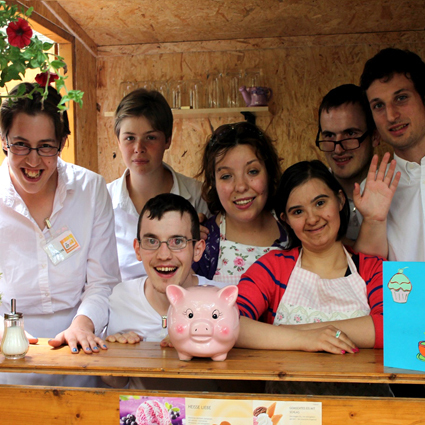 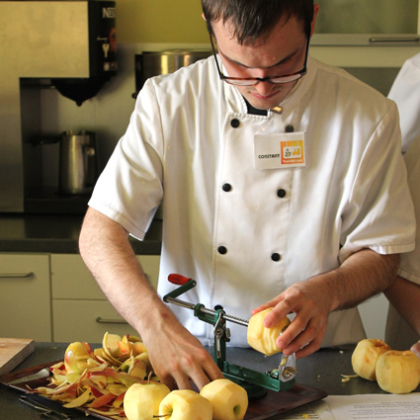 15 people with special needs completed their internships in Austria!

TrainEEE included project weeks where people with special needs complete internships in the real labour market in a work area of their choice. Evaluation reports and an interactive blog of the participants, where they recorded their impressions and practical experiences, were also part of trainEEE.

The first project week of trainEEE took place in April 2014, where 6 young Austrians with special needs with no prior experience on the labour market, gained their first professional experiences and social skills in an internship in different, individually chosen fields of work within the association ÖJAB (and their subsidiaries).

The internships can be completed for example in the following areas:

The participants of trainEEE thus had the opportunity to get to know the real labour market in an experimental environment, to get rid of the fear of contact with the labour market, to receive a positive approach to work and to strengthen confidence in their own productivity. The joy of work and the joy of learning are the priorities. The acquired skills and competencies are advantages in choosing a career and for their career starts. This way, participants received a practical introduction to the labour market without any pressure and without being overstrained. 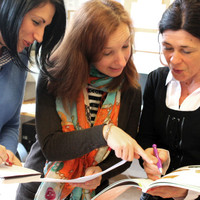 The coordinators from ADAPEI and UiD had a chance to compare and exchange experiences, expertise and different methods. 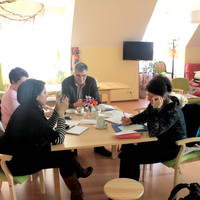 A lot of questions and conditions were solved in working groups during the preliminary meeting. 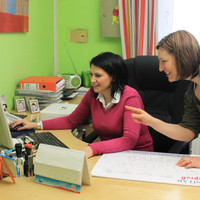 Ivana Stajkovic talking with Tijana Milinkovic about the internships for social media and public relations.

On the 26th and 27th of February 2014 the Austrian capital Vienna was hosting the TrainEEE preliminary meeting.

The organizing and hosting organization ÖJAB (P2, Austria) welcomed the project coordinators from the TrainEEE associated organizations ADAPEI (P3, France) and United in Diversity (P14, Serbia). The goal of this meeting was to prepare, organize and adjust the internships of young people with disabilities or disadvantages from Austria, France and Serbia. During an intense expert exchange on the first day requirements and preconditions of the participating people with disabilities have been discussed and solved. All facilities involved in the TrainEEE weeks (accommodation and internship working fields) have been visited on the second day. The preliminary meeting was an essential and important tool in order to clarify the appropriate circumstances and conditions for the participants. The guests (Ivana Stajkovic from UiD and Marie-France Le Glaunec from ADAPEI) gained a deeper insight on the circumstances and the facilities which their participants will face during their internships in Vienna. The TrainEEE project manager, Kerstin Klepsch from ÖJAB, was responsible for the organization of the meeting; various ÖJAB staff who are involved in the TrainEEE weeks as translators or coaches also participated in certain program points of the meeting. The first TrainEEE week for the Austrian participants will be held from April 7-11 2014.

Within the workpackage TrainEEE, an abbreviation for my train to Equality, Education and Europe, young people with special needs from Austria, Serbia and France completed internships in the real labour market in a work area of their choice.

The first week of TrainEEE with interns from Austria took part in April 2014. Five people with disadvantages worked from April 7 until April 11 2014 in a field of their choice: The working fields of internships included administration, gardening, cooking and senior care.

The second TrainEEE week was an intense co-operation with the partners of the workpackage (WP 5): ADAPEI from France and United in Diversity from Serbia.

Five participants from each organization, accompanied by three trainers & coordinators, travelled to Vienna, Austria, in order to complete their internships in the ÖJAB facility House Neumargareten which is a senior residence and nursing home. This ÖJAB House, located in the 12Th district in the Austrian capital, has over 220 senior residents and over 150 employees; due to its size it is also providing the appropriate and ideal infrastructural requirements that allowed the interns to choose between a variety of working fields.

One participant (Milica from Serbia) was working in the beauty salon located in the ground floor of the ÖJAB-House, offering manicures. Two participants (Milos and Aleksandar from Serbia) formed a PR team, documenting the project week in Vienna with photos and establishing an interactive social media site about TrainEEE. The other seven participants (Dragana M. and Dragana S. from Serbia as well as the French participants Charlene, Amandine, Aurelien, Constant and Benoit) were the team “Coffeehouse”. They showed incredible effort in baking cakes and sweets in the morning and worked during the afternoons in the Café of the ÖJAB-House selling cakes, serving customers, cleaning dishes, etc. The Café included also the large garden of the ÖJAB-House.

The second TrainEEE week lasted from June 28 (arrival day in Vienna) until July 5 2014 (departure day from Vienna) and also included one orientation and sightseeing day in the beautiful city of Vienna as well as an intercultural BBQ with Austrian young people where the participants had a chance to interact with local people with special needs.