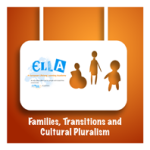 AKIM-Jerusalem, established in 1951 by immigrants to Israel from Germany is a non-governmental, not-for-profit voluntary association headed by family members of persons with disabilities and other representatives of the public. The association was founded by Frau Dr. Mally Spighel and Dr. Avraham who had three sons, one of whom, Gavriel, had an intellectual disability.

AKIM-Jerusalem has played a key role in developing new models of community-based services in Israel (in contrast to institutional care) for persons with intellectual disabilities. As the new models of care have proved their effectiveness, they were later adopted by the government and become integral parts of the Israeli service delivery system for persons with disabilities. Ever since the establishment of the state in 1948, Israel’s population grew as waves of immigrants arrived from Europe, Africa, the former USSR and other parts of the world. As a result, AKIM-Jerusalem adjusted its work to assure the welfare of all people with intellectual disabilities. The association has become a specialist in finding ways to support its clients and their families in a multi-cultural context irrespective of their origin, religion, gender or, ethnicity. The composition of AKIM-Jerusalem's clients, staff-members and volunteers also reflects this policy.

At this point, AKIM-Jerusalem administers 17 community based apartments (from 2-6 residents in each) and 3 hostels (for around 30 residents each) in different residential neighbourhoods in Jerusalem. In addition, AKIM-Jerusalem's Family Support Centre includes a number of services for persons with disabilities who still live in their family homes.

AKIM-Jerusalem is currently serving around 500 persons and their families.
In 1985, AKIM-Jerusalem began its Foreign Volunteers program which has welcomed hundreds of European youths, offering them free housing, food and pocket money for 35 hours of weekly volunteering. In the coming year AKIM-Jerusalem will renovate a historic building in the Baka neighbourhood and make it wheelchair accessible to accommodate its new Centre for Training, Treatment and Leisure. The Centre is expected to serve hundreds of persons with disabilities and "typical" people every month.